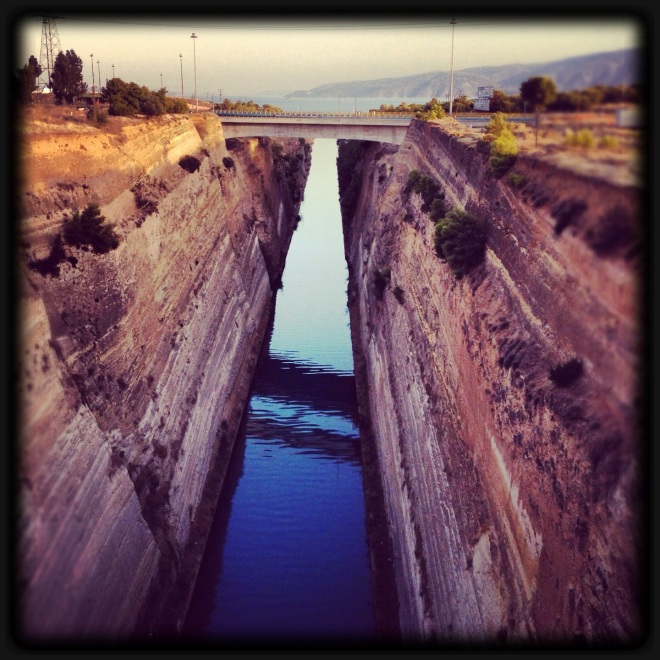 Although most of us writers would like to (and often do) remain holed up in our writing corner all the live long day, a writer needs to see/hear things. Whether it is by way of that box (that makes me sound old – damn you, flat screen!) with all the moving images on it (“show yourself, tiny songstress!” – Johnny Depp in Dark Shadows to the woman singing on TV), books or everyday life, the writer’s imagination needs to be fed on a regular basis in order to produce fresh, readable content.

The commute to work (for those of us who still have to) is always a good imagination feeder. Between the smelly homeless people and co-commuters (sometimes it’s hard to tell the difference), the cute and not so cute strays, the tourists with their maps and sock/sandal combos, the beggars and the unemployed who happily sit at cafes for 8 hours a day, many story ideas can be formulated. Weekends for me however really get the creative juices flowing.

My good friends are over from the UK at the moment, so a lot of touristy things were done over the weekend which if it were not for the visitors, I would never have done of my own accord. Living in London for most of my life, the only time Big Ben was ever visited was when I had family over from Greece.

My friends are a newly affianced couple. When I say newly, I mean brand spanking new; the proposal took place over the weekend with the groom-to-be popping the question on a horse and carriage on the way to the restaurant where I was waiting with my love interest, with party blowers and heart-shaped balloons. I totally kitschified the whole event with the heart-shaped balloons but hey, I’m a sucker for romance and if they don’t know me by now, they will never ever, ever know me, ooooh. Oh, she said yes by the way. After the meal we went and drank it up in the old harbour of Spetses Island. The next day (or was it the day after? Vast amounts of alcohol will do that to you) we went on a 26km bike ride around the island which resulted in a lot of sore bums, some swearing and a broken camera.

On the way back to Athens, we stopped off firstly on the outskirts of Epidauros to take in the amazing view and then again at the Corinth Canal. You can’t fully grasp the beauty of it by just driving past it at 120km per hour which is an almost weekly occurrence for me. So this time we parked the car and took a stroll on one of the bridges. It was truly breathtaking. Being short-sighted, my eyes hurt as I looked down the 295ft deep ravine to the water and I felt my fingers grip the side of the bridge for dear life. Fear of heights sets in even if you didn’t know you had it.

We had a great time and my writer’s imagination was thoroughly fed and reloaded. I am also now very into Portishead, thanks to the fiancés. I feel I got a good short story or two stored up from the weekend past. Might be time to write them and enter a competition or two.

It’s an overcast day. A blonde girl with a tear-stained face is standing on a bridge over a canal. Life just isn’t cutting it and she thinks of jumping off the side of the bridge. At least I’ll be dead before I hit the water, she thinks. The sooner the better. A young man on his bicycle, just having completed a 26km bike ride, stops at the foot of the bridge at the sight of the blonde girl, wipes a sweaty hand on his tracksuit bottoms and slowly pulls his iPod headphones out of his ears. Glory Box by Portishead can still be faintly heard through the headphones as they lay limply in the boy’s lap. That girl looks as if she is about to throw herself off that bridge, he thinks. He rides over to her. “Hey,” he says. She looks over at him, slightly startled. A boy with beautiful big brown eyes and a cheeky, somewhat familiar smile. She finds herself smiling back at him, her hands still gripping the railings tightly. They look at each other for what seems like aeons. “Fancy taking a walk,” he says to her eventually, knowingly. He’s been here. Not too long ago. He recognises the pain in her face. “Yes,” she finds herself saying and slowly loosens her grip on the railing until she finally lets go, feeling a wave of relief and for the first time in a long time, hope.

Athenian nights (well, the only one in which I left the house)
First day of school vibes...
A section of the collection. Worth a zoom in for fellow bibliophiles. 📚
They went to the beach while I'm stuck at home working but this made me feel all warm and fuzzy 🥰🥰🥰