I’ve written many times about how I love Greece (many, many times), that I wouldn’t leave it for the world and how I think the negative media should back off because it’s not Greece’s fault it’s been tainted with a bad name and less than stellar reputation.

But I’ve been starting to wonder… And not in the good way. Not about how much I love Greece or about it’s history and beauty, but wondering why, instead of proving that we are not what they make us out to be, we are slowly but surely turning into just that.

Want an illustration? Of course you do. You can’t hate a child who is born to disgusting excuses for human beings. It’s just a child. You can’t blame the child for the actions of their gross parents. If the child, however, grows up and starts to slowly morph into a carbon copy of his parents, you’re gonna start to hate that little motherfucker too.

Greece and the majority of Greek people, are unfortunately becoming a consequence of their circumstances. We are becoming an ugly reaction to all the ugly actions. Instead of us keeping our faith, keeping our legitimacy and our standards and morals, in the hopes that the shit stuff will start to get better, it seems that the shit stuff is winning and we are going along for a ride up shit creek, but here’s the fun part… we have paddles. We seem to be actually paddling in shit stream and stopping off for a bit of a relaxing swim while we’re at it. And we’re starting to smell of shit, people.

God, that was a lot of waffle. Let me break it down for you.

Living in Greece – The Good

Obviously, we are blessed with great weather. (Even so, summer took its time to arrive this year (much to our dismay) then when it did get here, it greeted us with a lava bath (much to our dismay) and then it hailed a couple of days (much to our dismay).) We also don’t really have nice gradual transitions from season to season. It’s like those faulty bath taps that take you from sub-zero temperatures to scolding your skin off in 0.1 seconds. But overall, we get to enjoy some cold in the winter and some (blazing) hot in the summer. The weather is good. You can’t take that away from us.

Greece is world-renowned for being one of the most beautiful places on earth. If you don’t know, you better get to know. We have mountains and valleys, amazing beaches to chill or to windsurf. You can do everything here from hiking and climbing to swimming, surfing, diving, skiing, to name but a few. Greece is THE holiday destination and I won’t hear a word otherwise.

Crisis? What crisis? When Greeks want to go out, they go out. Ain’t no returning till the sun’s up, and even then, we may as well grab some breakfast while we’re at it. You don’t expect us to sleep on an empty stomach now, do you? Please. We know how to have fun, our bars are cool with something for everyone. Restaurants aplenty for every price range and even if you’re skint, you can have a lot of fun just grabbing a beer(s) from the periptero (kiosk) and walking around the city with friends. Some of my best nights have been had this way.

We don’t move before we’ve had our Freddo, alright? It’s just how it goes. It’s kind of a given. Me: Sorry, I’m late but my frappe machine broke. Boss: Take all the time you need. (Not really, just sayin’.) We can go to the beach before or after work. Siestas are still a thing. Shops still close between 2pm and 5pm, and on Mondays and Wednesdays, they don’t even open back up in the afternoon. Fuck it.

It’s not enthralling but this had to make it on this list. A small bottle of water at a kiosk costs 50 cents, and something like 28 cents at the supermarket. (I once decided to just stick to my own saliva when I wanted to buy some water in London and it turned out to cost £3.) Our water utility bills are also usually quite low. Water is not that expensive here, unless you have a pool, but if you have a pool, plod along, this ain’t for you. Realistically, you could pay around €20 for a couple of months. That’s how much I pay but I’m not cooking or cleaning for a large family, so you might not want to get utility cost advice from me. I do wash the veranda with a hose from time to time though, so I’m not completely useless.

I don’t really think I need to elaborate on this point. It’s delicious and costs approx.€2. What’s not to love.

Living in Greece – The Bad

Moving swiftly into the not-so-thrilling aspects of living in Greece.

I’m all for having a few mobile phone-free days, heck even weeks. I truly believe that we are too dependant on social media, online games, and generally any and all online activity. But unfortunately, a lot of us work via the internet on our phones or computers and waiting 6 months to get a phone and internet line put in is medieval. “There are no lines left in your area and we have to wait for one to free up” is not making me feel any better. Me: When do you think a line will free up? Them: When there are free lines. Me: Thank you for the enlightenment.

Going on from the above point, there is no such thing as The Customer is Always Right here in Greece. I repeat, there is no such thing. Non-existent. Extinct (if ever it did in fact exist). Even if you throw money at the problem and manage to get your own way in the end, you still won’t be right. They’ll be doing you a favour. So make sure you say thank you, got that, you ungrateful piece of shit?

The Icelandic approach to managing #grexit

You’d have thought that the people who invented democracy and the mountza would have a better sewage system. After wiping our arses, we have to dispose of the dirty tissue in a bin. We can’t flush it down the toilet like normal civilisation. Don’t ask.

Growing up in London with a giddy father who needed two supermarket trolleys to complete a round in the supermarket, I always knew that food shopping wasn’t cheap. When I came to Greece, I was happy to note that things weren’t as expensive as they were in London. Not so anymore, it would seem. Apart from locally grown fruit and veggies, supermarket prices in Greece are practically the same as in London. Side note: Minimum wage in London: approx £1000*, Minimum wage in Greece: €683 (£576 – but only now that the £ has dropped – thank you Brexit). Yeah. A bit pants.

You couldn’t in your wildest dreams get a one-bed apartment in London for €300-€400, which is approximately the going rate in Athens. But again, when the minimum wage is €683, and all you can afford is your rent, your electricity and water bills and perhaps a mobile phone, living with your parents till you’re 50 (or till their/your death) has never looked so appealing. Finding a guy who lives with his parents nowadays is more of a turn on if you get my drift. At least he may have a couple of extra quid to buy you some dinner.

Living in Greece – The Ugly (and quite frankly, downright hideous)

If I haven’t yet quashed your dreams of living in Greece, look away now. There is still time.

In a situation to rival that of voting Hilary or voting Trump, the Greek people were asked to choose between a cake with shit filling or a shit-frosted cake. We chose one of them and are now eating shit on a daily basis. 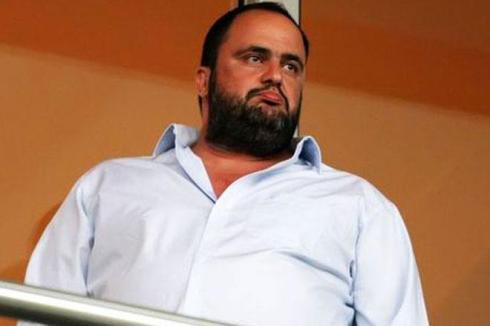 You know what, I’m not even gonna go there. I think I’ve lost enough friends already from this post…

Taxes aren’t a bad thing. In Pericles day, people managed to live good, healthy, happy lives with high proportionate taxes. Did you read “proportionate”? Good. Because right now, the government is taxing on €0 then expecting people not to mug old ladies. Rich people are crying because they have to get rid of one of the Philippino help and poor people are crying because they can’t eat this week. Conclusion: Everyone is crying, but some are also hungry.

My grandmother worked 30 years, from lounge-singing to cleaning hotel rooms, then waited another 10 years collecting the necessary stamps (it’s all a joke isn’t it? Like collecting Panini football stickers) so that she could finally get a government pension. During those 10 years, her only source of income was €220 a month which she got from an apartment she was renting out. She was still taxed on this apartment and on that measly income. Last year, she finally got a pension of around €600. This year, they cut that pension. IN HALF. My grandmother is one of hundreds of thousands of Greeks who have been robbed like this.

From the looks of this while it may seem as if #Italy and #greece are having a good laugh with #germany there are rough times ahead. Will #Merkel help or will there be more #austerity? #economiccollapse #grexit #italexit

Instead of helping people who actually want to get their finger out of their buttholes and do something with their lives, new business owners have to pay, among other things, the next year’s taxes up front. We all know that with new businesses, the first year is the hardest, and if anyone manages to even break even, they are considered a massive success. So where are they supposed to find the money to pay for next year’s taxes all in one go? Is it any wonder that they’d rather be unemployed?

I don’t quite know who to thank (I can’t pinpoint the timeline exactly, but I think it’s something like: Karamanlis brought the shit, Papandreou smeared it everywhere, Samaras shit into it himself, Tsipras brought the fan and Merkel sat and laughed) so I’ll thank them all collectively. Thank you for stealing the hopes, dreams and smiles of the Greek people. Thanks for making us dislike our country. Thanks for making us think that it’s better to live elsewhere. Thanks for making us think that maybe we shouldn’t have children. But mainly, thanks for nothing you miserable pieces of shit. I don’t blame the people. I blame you. We all blame you.

Let’s leave it on a happy note…

I got a bit carried away. It’s Summer. Let’s enjoy the things we have left. Let’s enjoy our country. Let’s smile. Let’s not attack each other or fight with people who are angry; they are victims too. Let’s smile at them and help them see that we are all in this together. Let’s remember our proud heritage (and try not to think of our forefathers who are giving us the mountza from the grave). Let’s remember that we were once known for being hospitable and loving. Let’s just love. Or at least try.

If all else fails, grab a souvlaki and head for the beach.

What do you think? Who do you blame? Do you have any other living in Greece experiences you’d like to share? I’d love to hear about them (and most probably write them up, so you know… contact me blood).

* Some of these figures might not be entirely correct, but they are at least approximately correct. You have Google. Check it out yourself if you can be bothered.